Ladies, throw on your high heels or bitch boots.  Gents, take off your clothes and get into position.

It’s time to take a look at Trampling – an interesting, barely researched, and often confused fetish.

In the simplest terms – one person walks all over another. Literally.

However, not in the “He/she was trampled to death with the crowd rushed for the exit” sort of way.

The submissive person will get sexually aroused during the act (or even idea) of a dominate person walking over the sub’s body – with elements of pain and/or humiliation being large parts of the equation. More often than not, the subs are men and the Doms are women.

It can involve bare feet (usually because of a foot fetish), stocking, or footwear.

MACROPHILIA – arousal from “giants” and possibly being crushed by them.

From an outsider’s perspective, I can see how they would seem the same. However, enthusiasts from each group are adamant that one is not a sub-genre of another. They are “overlapping elements” but they’re each distinct.

Can someone use trampling to satisfy their macrophilia fantasies?

As I said, there can be overlap. There can be people who fuse them into one sexual fantasy.  But the bare-bones concepts are different.

3. NOT THE SAME AS IMPACT PLAY

There are some specific health concerns that come with this kink…

You can look at an “impact play chart” to see all the places you should or should not strike someone [see image below] – and it’s generally a good foundation to start with, BUT it’s not 100% applicable for trampling (like I saw someone on Quora try to answer).

Charts like this are more for flogging, spanking etc.

4. HOW TO TRAMPLE SAFELY

HAVE A SAFE WORD

SIT ON A CHAIR

This is good if you’re just starting out or doing delicate areas like the neck, face, etc. You’re able to add some pressure, but it won’t be your entire body weight and you have way more control.

If you’re going to apply your entire body weight, make sure there is a bar, ledge, weighted chair, overhead beam, or something solid you can hang onto and make sure you’re balanced and in control.

If you’re applying gentle pressure and sitting on a chair (like strong massage pressure), places like the neck, face, gentiles, hands etc. are acceptable (you still have to be careful though!).

NOTE: Some guys like full-on standing on their junk, but that’s generally not advised if you’re unfamiliar with the sub’s body. You can get plenty of torture with one foot on them and the other on the floor while you’re exploring their limits.

You should never step on: the stomach, hips, kidneys, spine, tailbone, kneecaps, or ankles. You also need to be very careful not to step on the “floating ribs” – the last two bottom ribs that don’t connect to the front. 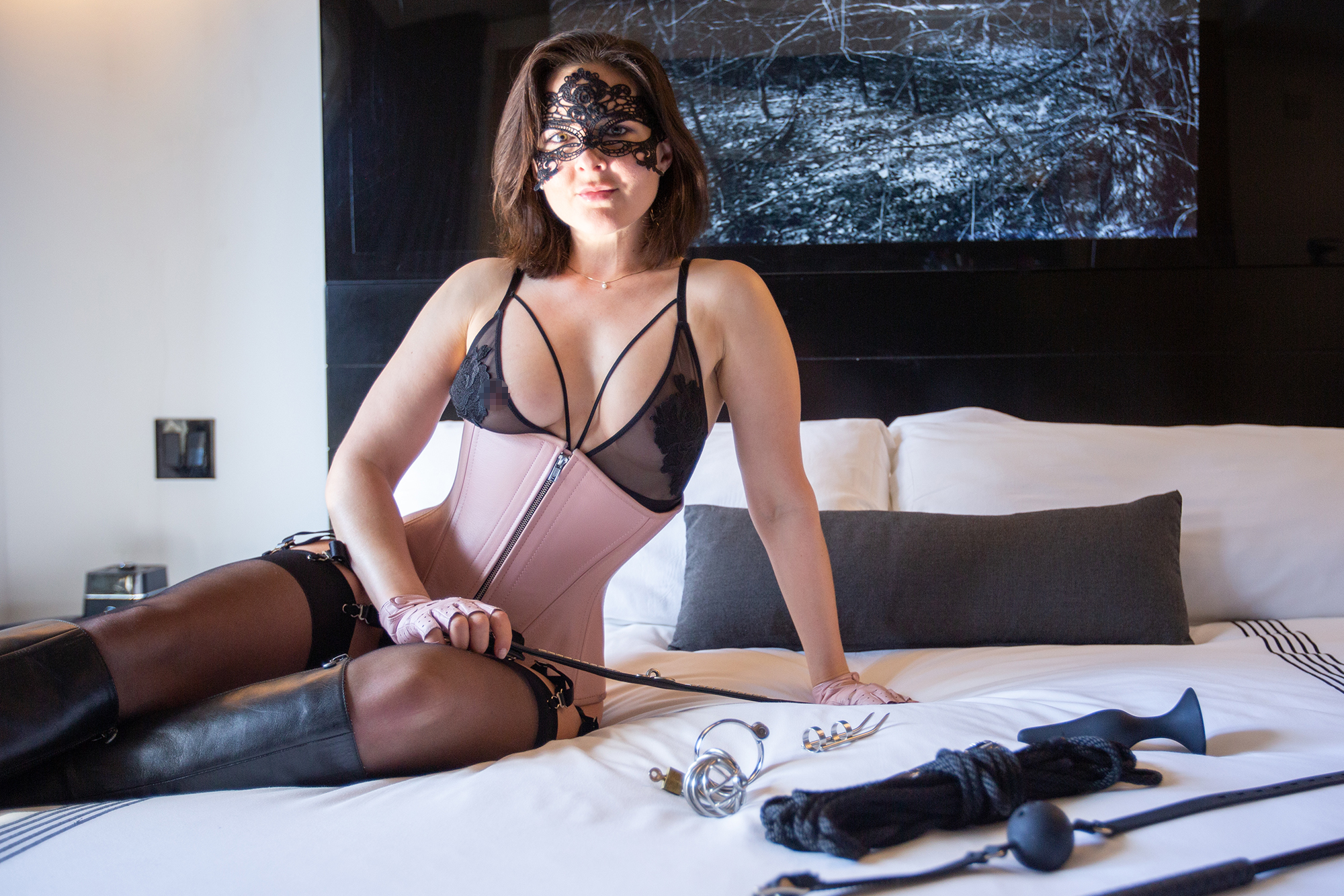 High heels or stilettos are sometimes part of the fetish. But if you’re wearing them, you have to make extra sure you’re balanced, and the heel doesn’t puncture anything or press too deep into the tissue etc. It’s definitely NOT recommended for beginners!

Regardless of the sub’s experience and any negotiations ahead of time, it’s important to start the session slowly by applying very gentle pressure and building up from there.

5. OTHER THINGS TO WATCH OUT FOR

Some enjoy being walked on by multiple people. If this happens, the Tops need to be extra careful and attentive – especially with the sub’s breathing.

I know some subs will disagree and say they want to be stomped on hard right off the bat. However, Dom’s main responsibly is their sub’s safety. To have someone that errs on the side of caution with a new partner is something to be grateful for, not bitch about.

EXAMPLE: If a new sub wants the Dom to start off hard, that’s a red flag. The same thing goes for a Dom who wants to start of hard. These are signs to walk away.

There is also a fair number that says, “There’s always the risk of a cracked rib, but not much else.”

Just because THEY have avoided serious harm, doesn’t mean that potential danger doesn’t exist. If nothing else, it betrays a certain ignorance or lax attitude towards the seriousness of the SSSC rules.

It’s not to say you can’t trample someone like they just insulted what you love most (some even love the injuries that come with it), but it takes a long journey and experimentation to get there without a trip to the hospital. Unless they have played before and know each other very well, the sub needs to shut up and stop topping from the bottom.

I was lucky enough to find out that one of my friends (kink name Malfetish) has this fetish – and he was kind enough to answer a few questions.

What’s your favorite body part to be trampled and why?

My face and chest, because I love the way it feels to be under a girl’s feet, but another part that’s really comfortable is the back (like a massage).

Have you ever had any injuries from it?

Yes. During my first time. It’s a dangerous practice if you are not careful with it. I recommend always using a point of balance. Because, during my first time, I didn’t use one and we both ended up injured. (My poor balls…)

What are your thoughts on trampling, crushing, and macrophilia?

What are some misconceptions people have about this kink?

That it’s secure – when it can be dangerous (if you have no idea of what the fuck are you doing). If you are trampling and step on your bottom’s elbows, knees, or floating ribs, you can do serious injury.

Some months ago, I went to a party and some girls were trampling some guys with no kind of control.  One of the girls stomped into a guy’s floating ribs and cracked one – ending up some days after in the hospital.

Is there anything else you would like to add about trampling? (for kink or even vanilla people)

Taste it!! But like many others, dangerous fetish practices, use your brain, not your crotch.

Even if you’re not into trampling, here’s a scenario that might get you frisky…

If you could get a Thai massage from any celebrity crush, who would it be? Be daring and share in the comments!