Did you ever wonder where these contraptions come from and what they looked like in the past? Well, we have the answers to those questions. Chastity belts can be both male and female, and you’ll be surprised to find out how long some people wear them.

However, what did these belts look like in the past? We’re not joking when we say they used to look like something out of your worst nightmare. First and foremost, they’re entirely made of metal. There are no straps or paddings to make the wearer comfortable — just cold and harsh metal. Of course, the person had to go to the toilet at some point, right? There were holes in convenient places, so you could do your thing. 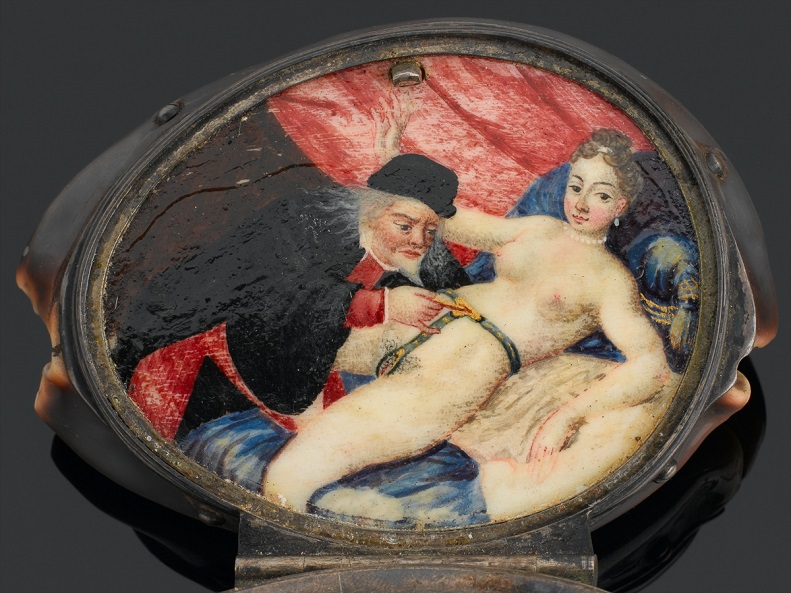 Some of the holes that covered the female genital area would have sharp points facing outwards. That way, they wouldn’t be hurting the woman wearing it, but they would definitely ward off any curious man. Sadly, they were all made in one size, so that would cause a lot of pain for women who were too big for it.

How and Why Chastity Belts Were Used Back Then

We can see quite a few mentions of chastity belts in the past. Some date back to medieval times; others come from religious texts. However, we have to take all of them with a grain of salt because they have been mentioned in texts that are either comical or were otherwise not taken seriously. Why? Some of the texts talk about devices that would make an individual invincible.

On the other hand, religious texts sure do mention chastity. Still, nowhere do they say that a woman should wear metal armor for panties to maintain her sexual purity. Be that as it may, people still used them. We know that because some old chastity cages are preserved in museums.

What was their use? It’s the same as it is today. A partner would put it on someone if they didn’t want them to engage in sexual intercourse. However, the situation was a bit different in the Middle Ages. Soldiers would put chastity belts on their wives before going off to war. As wars could last for years, they wanted to make sure that their wives would stay loyal to them.

This practice was largely popularized during the Crusades, but we can’t even imagine what it was like to wear one of those contraptions for years.

How Chastity Belts Are Used Now

Chastity Belts Are Not Hard to Find

Purchasing a chastity belt is not that difficult. Going to a sex store isn’t such a taboo anymore, and if you think it is — nobody has to know where you’re going and what you’re doing. We understand though — people sometimes feel shy or uncomfortable about visiting a sex shop. That’s why we’re thankful that online sex stores like lovegasm exist. Not only are they convenient, but they’ll also send your package discreetly. So you don’t have to worry about your delivery man finding out about your kinks.

Here are a couple of stores where you can find a chastity belt:

Thankfully, you can find chastity belts in all kinds of materials nowadays. Silicone will make wearing your belt anything but torturous.

Finding out the truth about the history of chastity belts definitely makes the one we have today seem like child’s play. If you want to try chastity life, you definitely won’t regret it. Nobody says you have to lock yourself for years. You can practice for a few days and see what happens. Maybe you’ll enjoy it more than you think.